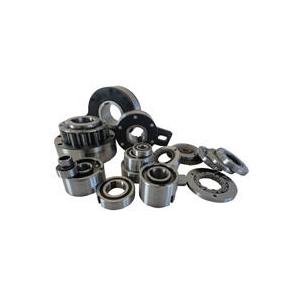 What is Sprag Clutch?
Detailed description 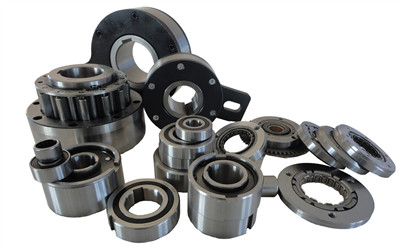 A sprag clutch is a one-way freewheel clutch.It resembles a roller bearing but, instead of cylindrical rollers, non-revolving asymmetric figure-eight shaped sprags are used. When the unit rotates in one direction the rollers slip or free-wheel, but when a torque is applied in the opposite direction, the rollers tilt slightly, producing a wedging action and binding because of friction. The sprags are spring-loaded so that they lock with very little backlash.

A sprag clutch is used in the electric starter motors of modern motorcycle engines to replace the Bendix gear common to automobile starters. Many modern sport and racing bikes use sprag clutches in the primary drive between the engine and transmission. This prevents the rear wheel from losing traction during rapid downshifts when the engine speed is not matched to road speed. If a sprag clutch is not present, much greater care is required when downshifting, because losing rear wheel traction can cause dangerous highside accidents.

On conveyor drives, a sprag clutch is used for indexing and anti-runback.

Overrunning occurs when two or more motors can be used to drive the same machine, including through the same shaft. A typical setup is as follows. The service drive, or prime mover, provides a combination of high speed and high power for normal operation. The secondary drive, or pony drive, can be run at low speed and low power, usually to position the conveyor for maintenance.The overrunning clutch allows the secondary drive to remain stationary during normal high speed operation of the conveyor drive.